Home » Why Chile is Home to the World’s Largest Telescopes

The deserts and clear skies of northern Chile offer a nearly perfect environment for year-round star gazing.
The Atacama desert and the dry northern regions of Chile average over 320 clear nights every year. Additionally, the area has extremely low humidity, allowing telescopes to see clearly through the atmosphere.

In fact, the European Southern Observatory (ESO) states: “The skies over the ESO sites in Chile are so dark that on a clear moonless night it is possible to see your shadow cast by the light of the Milky Way alone.”

In early 2010, the ESO announced that they will build the world’s largest telescope, named the European Extremely Large Telescope, which will have a 138 foot (42 meter) diameter mirror.

Chile has numerous telescopes throughout the country. Here are some of the largest and oldest telescopes:

The Very Large Telescope site at Paranal houses four telescopes named Antu, Kueyen, Melipal and Yepun (meaning Sun, Moon, Southern Cross, and Venus respectively in the native Mapuche language).
You may even recognize the unique living quarters from this site used in the James Bond movie, Quantum of Solace.
See this telescope location on Google Maps: 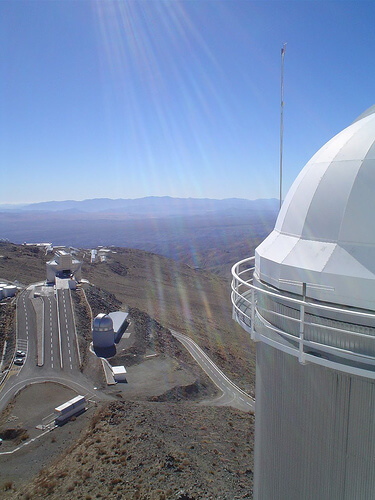 Las Campanas Observatory has had telescopes operating since the early 1970s. 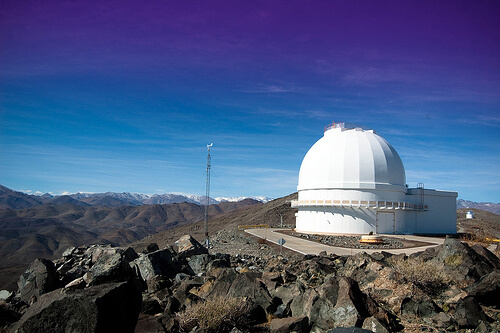