Every year on the Sunday after Easter, many parts of Chile celebrate a long-standing tradition with the Festival of Quasimodo.

In Chile’s colonial times, the local priest would leave the church to go out to give communion to those that were sick or unable to make it to mass on Easter Sunday.

Legend has it that the priest was often attacked by bandits eager to steal any silver or money pieces he carried. To help prevent these attacks, the priest would be accompanied by an entourage of men, typically the Chilean cowboys called huasos.

Families would receive the priest and give him and his entourage food or drink (typically chicha or wine).

While there aren’t attacks on the priests in modern times, the tradition of the entourage has continued to form what is known as the Festival of Quasimodo. 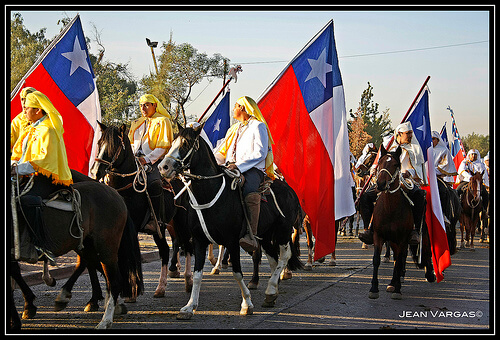 In Chile’s current Quasimodo celebrations, after a morning mass, a large procession begins through town. The parish priest is carried in a decorated carriage followed by a large collection of horse-mounted huasos, bicycles, carts, and pedestrians. The procession may include over a thousand people. 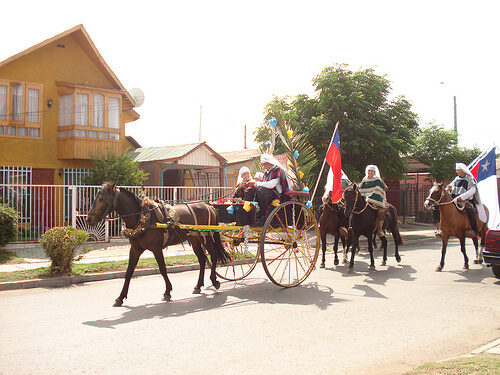 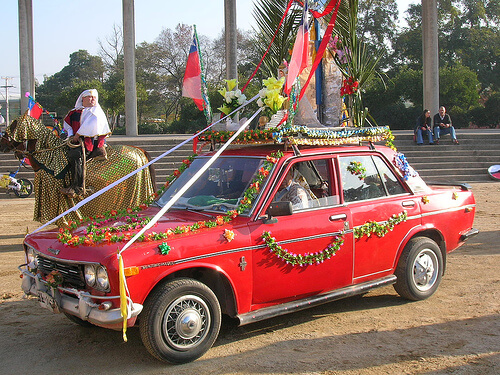 People receive the priest in their homes with a special altar made for the occasion.

At the end of the day, there is lots of dancing, food, drinking, and music.

You are most likely to see the Quasimodo Festival and procession celebrated around Santiago, particularly in the smaller towns that surround the capital city.