The fiestas patrias (literally “patriotic parties”) are a time for all Chileans to gather together and celebrate their country, culture, and independence. Celebrations of all things Chilean center on their independence day.

Chileans celebrate their independence on the 18th of September. Their road to independence from Spain started on that date in 1810. Although they would have to fight for eight more years to earn their total freedom, Chile celebrates the 18th of 1810 with great fanfare. Chile officially proclaimed independence February 12, 1818.

The 18th, or “dieciocho,” is celebrated during a week full of fiestas patrias. This includes parades, dances, drinking, eating traditional Chilean food, and music.

Parades include huasos, the traditional Chilean cowboys, music, and displays of national pride. 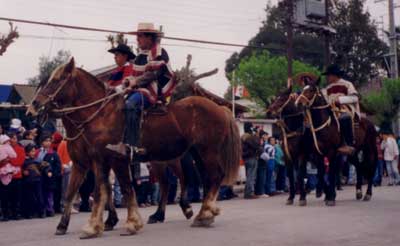 Much of the celebrations occur in ramadas (see picture below), temporary open buildings with thatched roofs traditionally made from tree branches. Ramadas feature a dance floor, music, and tables to eat. Fondas, or refreshment stands, offer a wide variety of Chilean foods including empanadas, anticuchos (shish kabobs), chicha (alchoholic drink), and more. 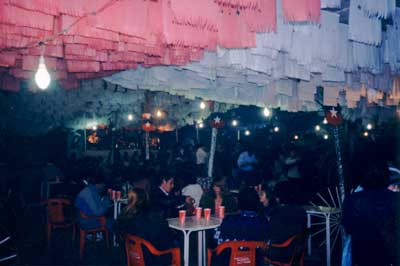 There are also frequent dance competitions with the national dance, la cueca, being the most popular.

Rodeos in their “medialuna” arenas are common in September and showcase the traditional Chilean huaso.

The Fiestas Patrias are one of many holidays that Chileans celebrate, learn more in the Gringo’s Culture Guide to Chile. 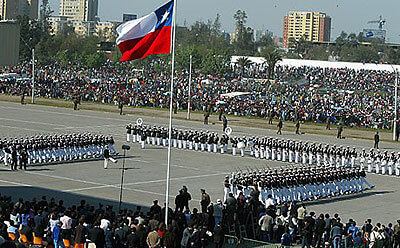