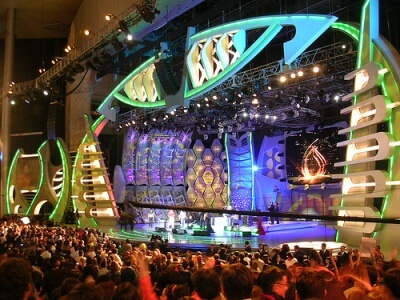 Every night of the festival, Chileans get together with family and friends to watch the event on television. The main program often doesn’t start until 10:00 at night and sometimes doesn’t finish until 2:00 or 3:00 in the morning.

The Festival is held in the Quinta Vergara, a part of the coastal city Viña del Mar. There is an amphitheater that can hold over 15,000 people. 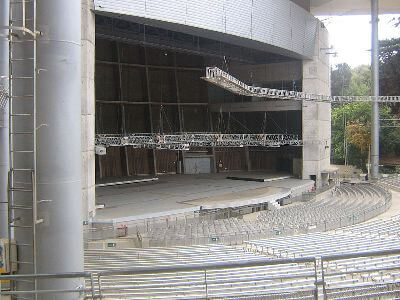 “El Monstruo” or “Monster” is the popular name the Chileans give the audience at the festival. The people earn this name because of the personality the crowd shows and the occasional time where an artist has had to leave the stage because of incessant boos and heckles from the audience. At the same time, “el monstruo” can also be an artist’s best friend when the people like the performance. In these cases, the crowd will call for encores and won’t let the artist leave. 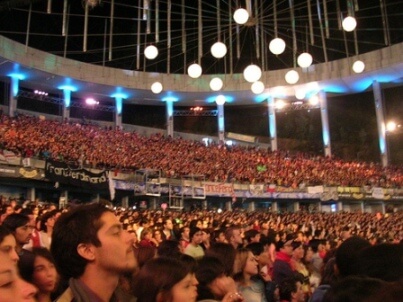 Picture of “el Monstruo” by dubo.cl

The festival started as a musical competition and maintains that tradition today. There are two main competitions, one for folklore and the other for international artists.

Although the festival started as a musical competition, it has changed a lot over time. Today, the invited artists become the headliners and bring the most attention to the festival. Musicians and groups from all over the world come to perform at the festival.

There is a tradition of giving a gift, the Gaviota (seagull) or a torch, to the invited artists that distinguish themselves with outstanding performances. The public at the Festival greatly influences who should get an award by applauding, ignoring, or booing the artists each night. 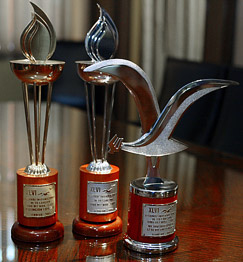 You can read more about the Festival de Viña on the Festival’s official page (in Spanish) and on Wikipedia.