Rayuela or tejo is a traditional Chilean game typical of rural Chile that has been played since colonial times. The game of Rayuela most resembles the game of horse shoes.
It is important to note that there is another game called rayuela played by Chilean children which is really just hopscotch. However, the traditional Chilean rayuela is very different from this childhood version.

The objective is to throw your tejo, a disk or marker like a rock so that it lands on the target.

The target is a wooden box less than a square meter in size and about a board’s width high. This box is filled with mud and a taut, white string is stretched across the surface in the middle.

This picture shows the target box (with string) and a scorekeeping board: 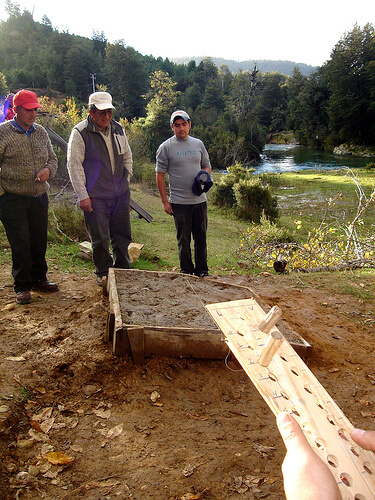 A player will stand a designated distance from the box and throw the tejo trying to get it to land on the string.
The most points are awarded to the player who lands closest to the string or on top of it. 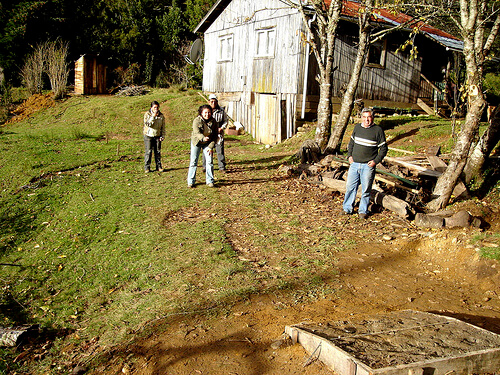 Rayuela is a game that you’ll most typically see outside of Chilean cities but it definitely makes an appearance during the annual fiestas patrias independence celebrations.