Chile is home to two types of penguins. One is the black and white bird and the other is really a person.

Penguins in Chile: The Birds 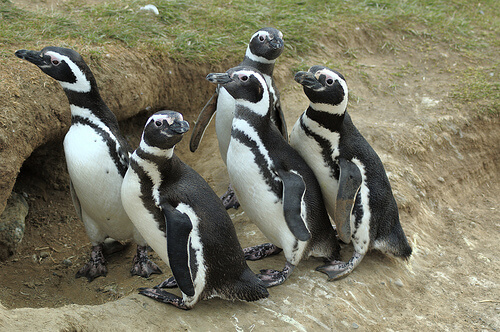 As the Chileans like to say, Chile is at the end of the world. Because of this, Chile’s southernmost territories include part of Antarctica and the icy expanse that stretches from the end of South America down to the South Pole.

Due to Chile’s long coastline, you’ve got a chance to see penguins along almost the entire length of Chile.

According to seabirds.org, Chile has 4 types of penguins: rockhopper, macaroni, magellanic, and humboldt. If you want to learn more about these penguins and where you can see them in Chile, visit seabirds.org. 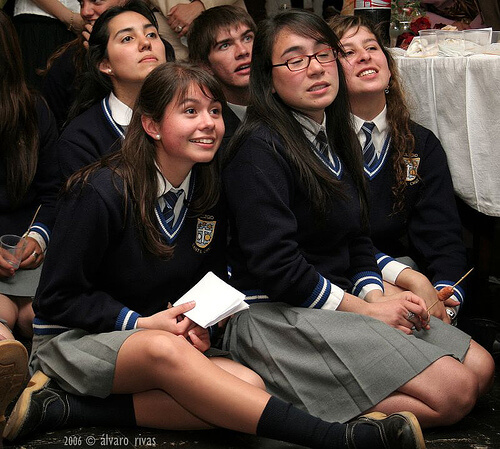 The other type of penguins in Chile are the typical Chilean students.

Students in Chile wear a standard uniform to class each day. The predominant outfit for girls is a dark blue jumper worn over a white shirt. The boys wear a white shirt, tie, and gray slacks. Different schools have slightly different variations on this theme.

Due to the colors of the uniforms, when you look at a group of students together they look like a group of penguins. Thus the nickname for Chilean students is pingüinos or penguins.

During the occasional protest by students about the state of education in Chile, the newspapers will include headlines about the “penguins”.

At first glance, you’ll be able to tell the bird apart from the student. However, in a conversation with a Chilean in Chilean Spanish, if you hear a reference to pingüinos, he is most likely talking about the students and not the bird. Unless, of course, you’re engaged in a conversation about animals or a trip to the Antarctic.